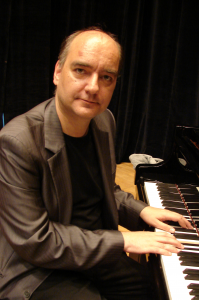 oliver kent was born 1969 in Innsbruck, Austria. He studied classical piano with his father Fuat Kent in Vorarlberg, Austria.

In 1987 he moved to Vienna and concentrated on jazz piano. Very quickly he received his first engagements with internationally known artists including Karl Ratzer, Art Farmer and Idris Muhammed.

From 1993 to 1995 oliver kent lived in New York City, where he worked together with Valerie Ponomarev and Eddie Henderson.

In 2010 he co-founded triple ace – colours in jazz together with uli langthaler and dusan novakov.

Additionally: Workshops for jazz piano in Austria and abroad